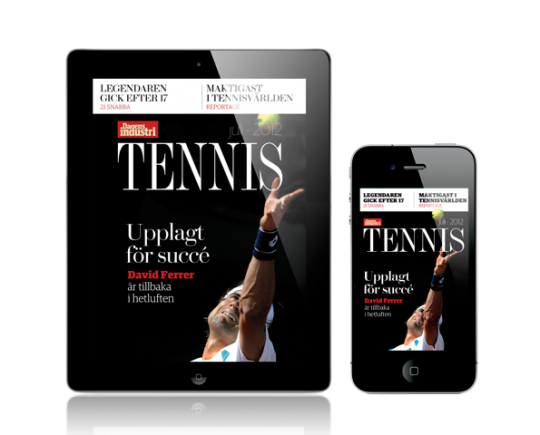 Produced on the mag+ platform, the app edition is the destination for tennis fans and enthusiast looking to stay on top of the game. It includes interviews with famous tennis players, news- and score feeds and other information from and around the tournament.

Download your own iPad or Android version for free. (iPhone version coming soon!)