Last week, mag+ was able to spend some time with Erin Polgreen and Joyce Rice from Symbolia. We spoke about Symbolia’s iPad app creation – the decisions made, what it takes to create an issue, their specific roles, why they chose mag+, and the success they have found. Check out the interview below. 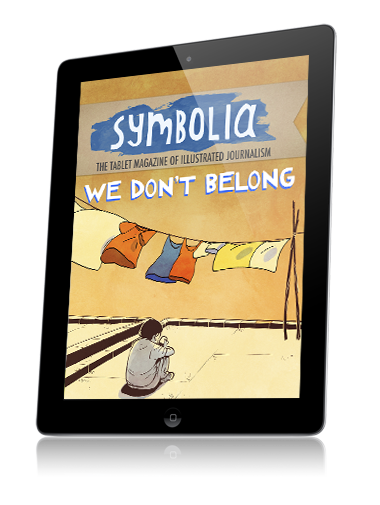 Symbolia is a unique mix of journalism and comic illustration. What made you decide to do this as a tablet magazine?

Erin: I’ve always loved comics and great journalism. When I got my first iPad–I think it was within the first 24 hours of having my first iPad, in fact–I went from reading a comic to reading a magazine of photojournalism. It was a wow moment. I thought that I could do something that merged comics and journalism in a totally new environment. So, I did some research, wrote some grant proposals, and started building. Joyce Rice joined me about 6 months later.

Would you say that Symbolia has found success with their first iPad app?

Erin: We’re doing really well. Approximately 8,000 people have downloaded our free preview issue and we’ve got about 700 subscribers at two months in. We’ve also been covered in almost 100 different media outlets–on and offline–and interest is still very high. We’re expecting another spike with the release of our first official issue, We Don’t Belong, for subscribers.

What are your specific roles when it comes to creating the digital magazine?

Erin: I function as the editor and publisher–I manage the revenue, audience development, and early-stage content development.

Joyce: As chief wizard (AKA creative director), I lay out the entire publication and program in any interactive elements. I’m also behind Symbolia’s signature look and feel. I create all of our in house brand assets.

Why did Symbolia decide to go with mag+ to create your app?

Joyce: mag+ stood out for its versatility and its affordability. I know a few more platforms have popped up even since we first decided on mag+ last March, but mag+ continues to run with the head of the pack for its innovativeness, its feature set, and its solid update schedule.

What have you learned from the digital process?

Joyce: We were already pretty digitally-minded and very familiar with digital workflows, but one thing we did learn was how important testing is! It’s a little more difficult to predict what readers will do with a digital magazine, especially one including interactivity, and there were a few aspects of the issue that changed a lot after we got the app into our testers’ hands.

Joyce: We love mag+’s integration with Adobe InDesign and the high level of customizability. We were also very interested in the interactive possibilities for Symbolia from early in the design phase, and mag+ makes interactive design easy and accessible.

Do you have any favorite features or interactive elements that you would like to highlight?

Joyce: My favorite interactive element from Symbolia’s Preview Issue was Susie Cagle’s animated cover. The subtle design paired with her field audio really set a great tone for the issue.

Erin: We really like to use comics and illustration as the primary means of telling a story, then use interactive to heighten the experience–or even source content. Lolo’s Story, an article in our latest issue, merges field video and audio with comics to tell the story of a family separated by deportation.

The below screens show a few of Symbolia’s unique pieces. 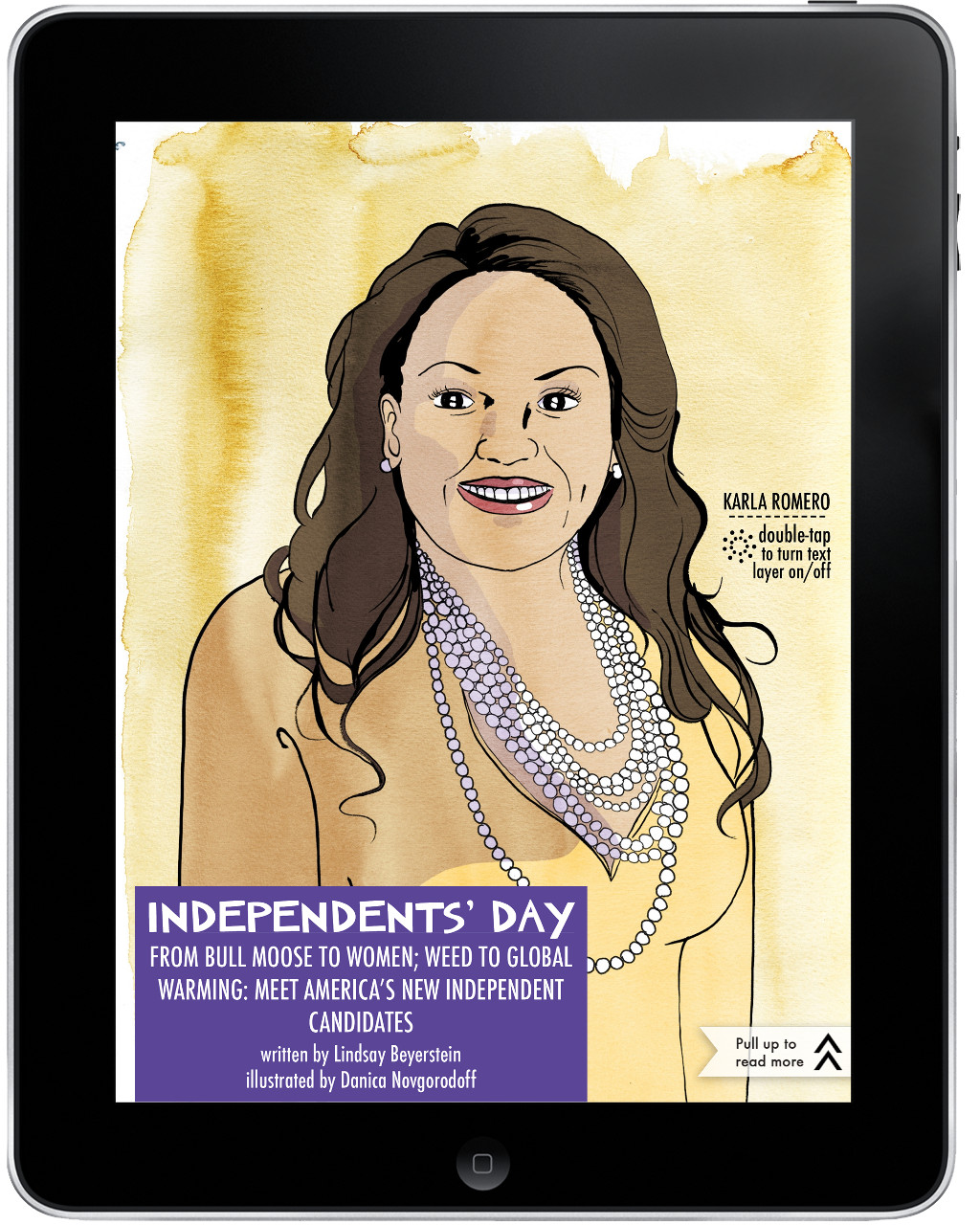 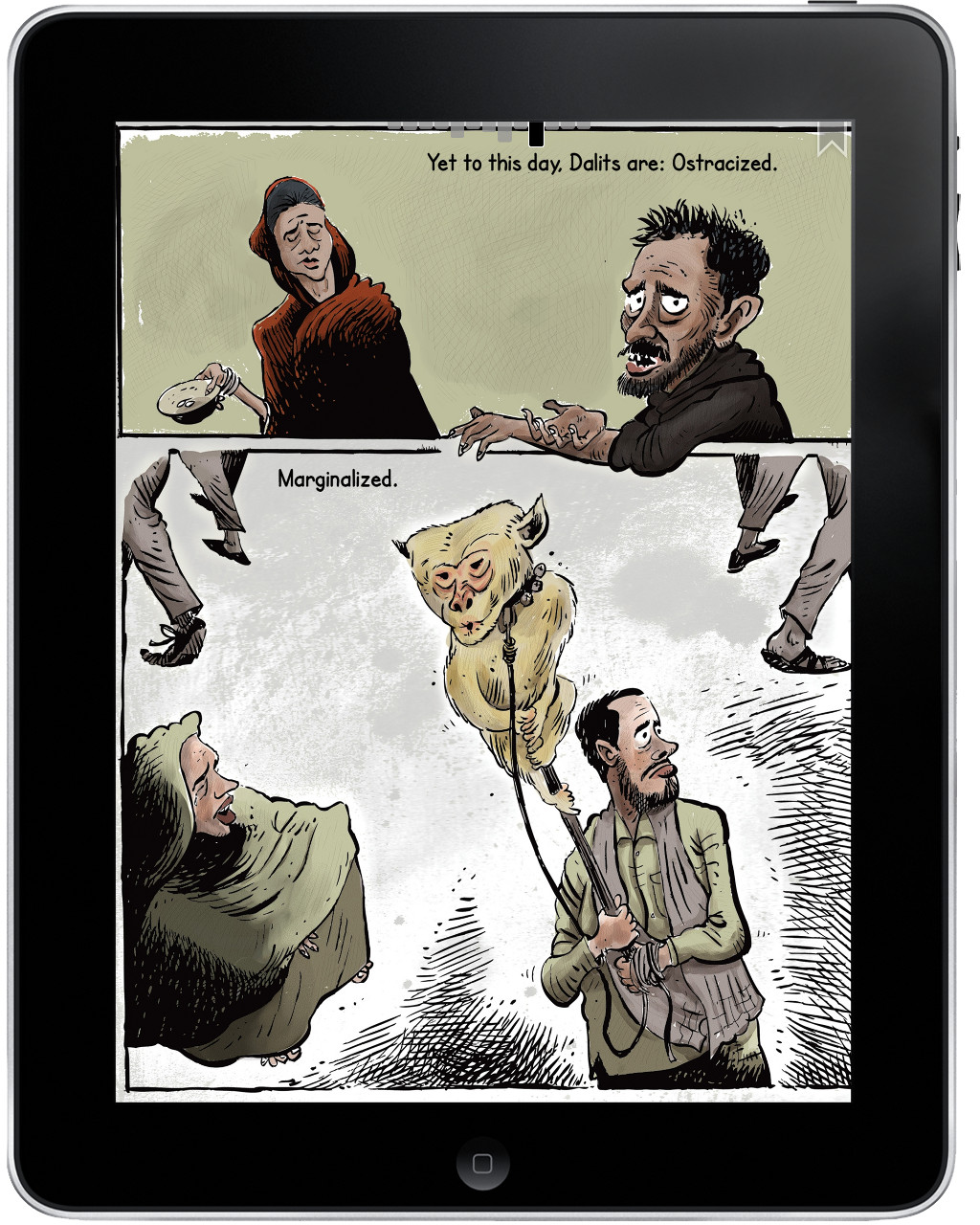 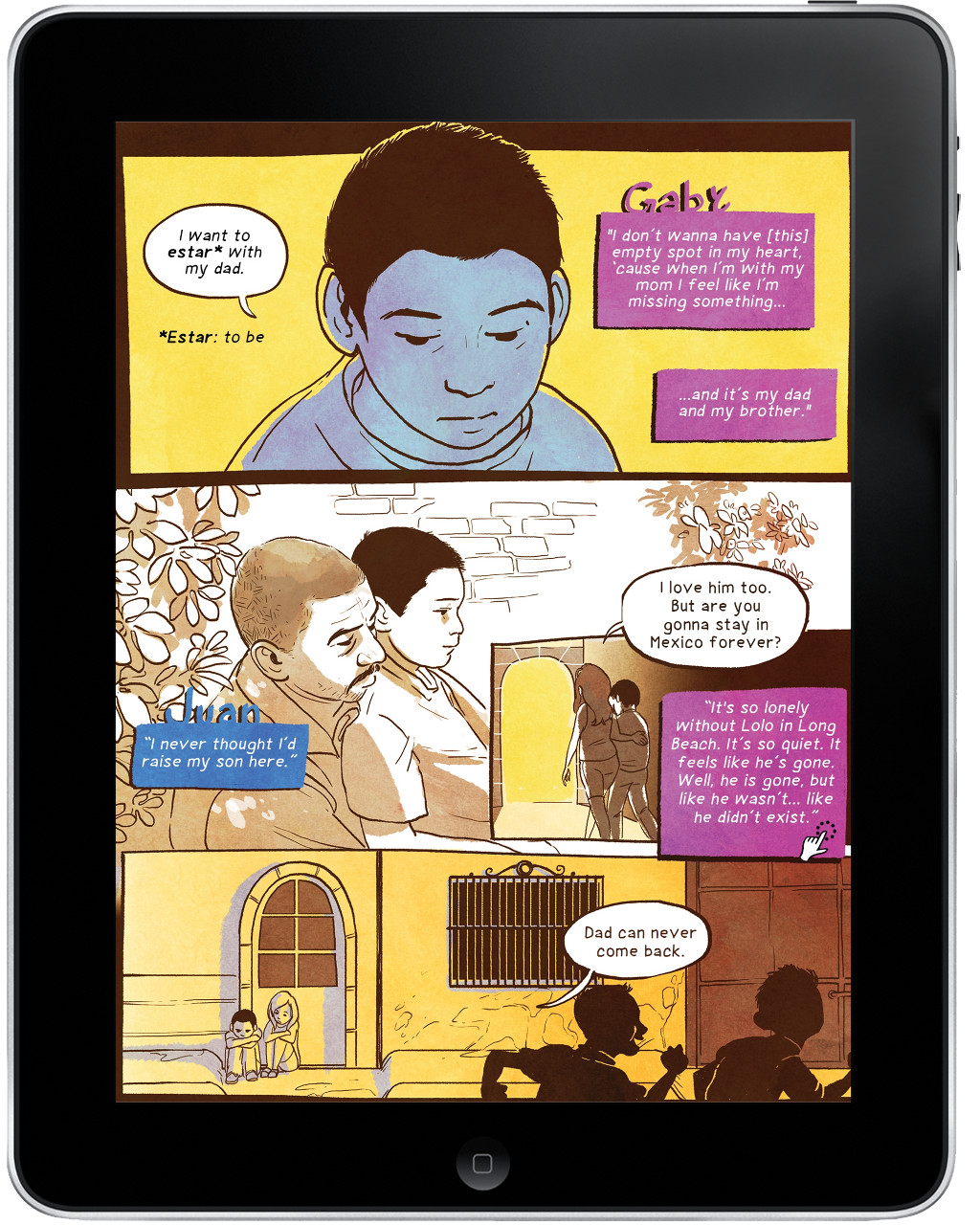