Have you ever thought about launching an App to support a documentary film project? Dutch creative service agency, A COW SAYS MOO, did just that. And it has worked well because tomorrow, their documentary film “The Unknown Runner” is having its world premiere in Berlin.

It all started two years ago. Director of the film, Boudewijn de Kemp, was watching a marathon and started thinking that it was a little strange that with such a popular sport, so little is known about the top athletes. And how come Kenya is a country that has seen an especially spectacular emergence of talented and successful runners? Together with producer Miriam Steinberg and a dedicated team, he decided to find out more. They quickly decided to create a documentary film about Kenyan runners and track the story by following an upcoming young Kenyan runner Geoffrey Kipsang. 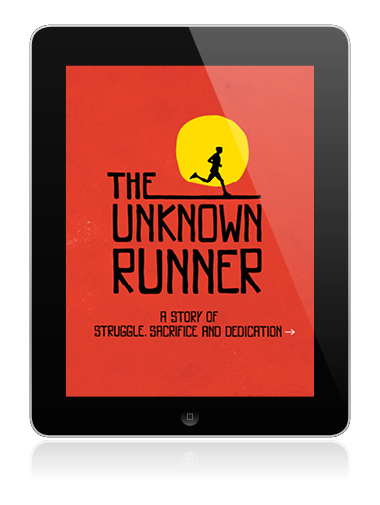 To help viewers discover the documentary film, Miriam and her team created “The Unknown Runner App” for iPad and for Android smartphone. The idea was to let the app serve as a vehicle to engage the running community, create an audience, give more background and promote the documentary as well as look for sponsors and donators. The concept of using an app this way is quite unique and the app has, in many ways, lived up to its purpose.

The app has today been updated with new information, and tomorrow (25 Sep) the film premiers at a live screening in Berlin as well as on Vimeo on demand. The timing is of course perfect – exactly one week before the Berlin Marathon where, of course, Geoffrey Kipsang runs for the second time.

If you’re a running enthusiast, here’re some cool content and features that you’ll find within the App:

Check out a short video of the App here:

Watch the documentary on Vimeo on demand